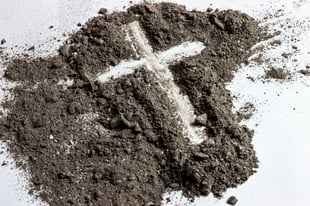 Is there anyone in your life who celebrates Easter simply as a commercial holiday?

To those who do, Easter can mean a celebration of Spring, Easter bunnies, and egg hunts.

While there is nothing inherently wrong with your Easter celebration including these things, it is important to understand the real meaning of Easter.

For instance, Easter is a Christian holiday. This is well established – even if you are not  a Christian.

For example, the History Channel explains, “Easter is a Christian holiday that celebrates the belief in the resurrection of Jesus Christ. In the New Testament of the Bible, the event is said to have occurred three days after Jesus was crucified by the Romans and died in roughly 30 A.D. […] The resurrection of Jesus, as described in the New Testament of the Bible, is essentially the foundation upon which the Christian religions are built.”

As Andy Stanley says, “The resurrection of Jesus created Christianity and launched the church.”

But, some still do not understand what Easter is all about. So, who needs Easter?

Basically, this is the same as asking who needs Jesus.

Let’s answer those questions today, so you can prepare yourself to speak the truth whenever the time comes.

We are Imperfect People

A common argument for those who don’t follow Jesus is they don’t need to.

It’s easy for people to fall into the trap of believing they are perfect by the world’s standards.

They do well at work, at school, or as an athlete, so they don’t believe they need Jesus. Life is good without, so why mess things up?

Those Who Have Sinned

“For all have sinned and fall short of the glory of God”
– Romans 3:23

We are sinners by nature.

Everyone has broken God’s law, the Ten Commandments. We’ve all lied, the ninth. We’ve all stolen, the eighth. We’ve all used God’s name in vain, the third. Jesus said, if you look with lust it’s the same as committing adultery in your heart (Matthew 5:27-28). There goes the seventh! The Apostle John tells us hatred is the same as murder (1 John 3:15), and Jesus said being angry without cause is the same penalty as murder (Matthew 5:22). Thou shalt not murder is the sixth suggestion commandment.

Lying, murdering, thieving, adultery-ing, blaspheming, and we have to stand before a holy God and give an account of every sin we’ve ever committed!

Fortunately, Easter gives all sinners who place their faith in Christ cause for celebration.

It’s because of Jesus’ blood on the cross that our sins are forgiven.

It’s because of Easter we do not suffer as we should from our sins.

It’s because of Easter all sinners can have their sins forgiven and be reconciled with our Father in Heaven.

“For God so loved the world that he gave his one and only Son, that whoever believes in him shall not perish but have eternal life.”
– John 3:16

Jesus did not come to die on the cross for just your sins and my sins.

He came to die on the cross because He loves the whole world (even those people you don’t).

Everyone in the world is a sinner in need of a Savior, and Easter is a celebration of when Christ reconciled the sinful world back to God.

“God undertook the most dramatic rescue operation in cosmic history. He determined to save the human race from self-destruction, and He sent His Son Jesus Christ to salvage and redeem them. The work of man’s redemption was accomplished at the cross.” – Billy Graham

Since sin keeps us separated from God, God chose to send His son to redeem that relationship.

We could not have done it on our own-only God in flesh could take on the sin of the world.

God used Easter to show the world His great love.

Easter is not something that remains in the past. Easter is present – especially for those of us who call ourselves Christians.

Something extraordinary happened after Jesus died on the cross. He rose from the grave!

In today’s divisive atmosphere where it seems evil is more prevalent, Easter is a solid reminder that Jesus lives and hope remains.

As Barbara Johnson wrote, “We are Easter people living in a Good Friday world.”

Those of us who celebrate the resurrection, know in our bones we have been rescued and will meet our Redeemer face to face.

The rest of the world seems to exist in a Good Friday world that is desperate and hopeless, but we know this is far from true.