Top 10 Questions People Ask About the Christian Faith: What's the Difference Between Protestants and Catholics? 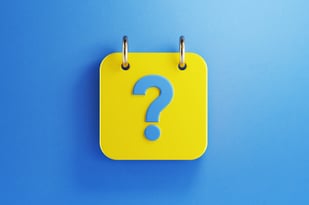 Top 10 Questions People Ask About the Christian Faith:
What's the Difference Between Protestants and Catholics?

None of us are old enough to remember when Catholics and Protestants were at war with one another. That’s because it started back in 1517 when Martin Luther nailed his 95 Theses to a church door and ultimately started the Protestant Reformation.

Conflict between Protestants and Catholics went on through the late 20th century in places like Northern Ireland.

But, many of today’s churchgoers (either Protestant or Catholic) do not know the actual differences between the two.

Let’s take some time today to highlight some of the key differences between the Catholics and Protestants to gain a better understanding.

Even if you are not very familiar with the Catholic faith, you are most likely aware that Catholics practice the sacrament of penance (commonly called confession).

All Christians are called to confess and repent of sin.

However, Catholics believe an intercessor or priest is required (a person who prays or intercedes on someone else’s behalf). Protestants believe Jesus fills this role, and through the finished work of the Cross, they can pray directly to their Heavenly Father to confess and seek forgiveness.

“Therefore, since we have a great high priest who has ascended into heaven, Jesus the Son of God, let us hold firmly to the faith we profess. For we do not have a high priest who is unable to empathize with our weaknesses, but we have one who has been tempted in every way, just as we are—yet he did not sin. 16 Let us then approach God’s throne of grace with confidence, so that we may receive mercy and find grace to help us in our time of need."  - Hebrews 4:14-15

In the Catholic Church, Mary, the mother of Jesus, is highly esteemed.

For Catholics, she is more than the mother of Jesus. She is viewed as the Mother of the Church.

As such, she is also viewed as sinless and perfect and can intercede for the church. Therefore, it is common for Catholics to pray to (or venerate) Mary.

Many believe this is because of Catholics’ need for an intercessor.

In contrast, Protestants see Jesus as the “Great High Priest” and believe we can pray to him directly without any other intercessor, including His mother.

In addition, because Mary confessed her need for a Savior in the Magnificat (Luke 1:7), Protestants do not believe Mary was sinless or perfect.

However, Protestants often forget Mary is “highly favored” of God. She was chosen by God to bear the Savior of the world. Even though she is not worthy of our prayers (only God is), she is certainly worthy of our honor and respect.

If God honored her, so should we.

“Who is he that condemns? Christ Jesus, who died – more than that, who was raised to life – is at the right hand of God and is also interceding for us.”
- Romans 8:34

Catholics Give the Pope Ultimate Authority. Protestants View Christ as Head of the Church

Another key difference is the authority given to the Pope by Catholics in contrast to Protestants.

Protestants do not have one living person who is the head of the church.

Protestants have multiple different denominations with a variety of governing bodies, but ultimately, they believe Christ is still the head of the church.

Got Questions explains, “According to Catholicism, the Pope is the “Vicar of Christ” (a vicar is a substitute) and represents Jesus as the head of the Church. As such, the Pope has the ability to speak ex cathedra (with authority on matters of faith and practice), making his teachings infallible and binding upon all Christians.”

“And he is the head of the body, the church; he is the beginning and the firstborn from among the dead, so that in everything he might have the supremacy.”  - Colossians 1:18

Catholics Believe the Eucharist is the Actual Body and Blood. Protestants Believe the Bread and Cup are Symbols

The Eucharist, otherwise known as The Lord’s Supper or Communion, is a sacrament for Catholics and an ordinance for Protestants.

The Eucharist (or Lord’s Supper) is viewed as something important in both as it is something we are told to practice in Scripture.

However, Catholics and Protestants view the Eucharist differently.

Catholics believe the bread and wine become the actual body and blood of Jesus Christ through a process called transubstantiation.

Protestants, on the other hand, view the bread and wine as a symbol of remembrance of Christ’s sacrifice on the cross.

In regard to the Scripture when Jesus said to eat his flesh and drink his blood, Jesus said the following to his apostles:

Catholics Rely on Baptism for Saving Grace. Protestants Believe Baptism, too, is a Symbol of Faith

Another sacrament for Catholics and ordinance for Protestants is baptism, and they have very different views on its purpose.

The Gospel Coalition explains what Catholics believe regarding baptism: “The waters of baptism wash away original sin and join us with Christ. Baptism is not merely a sign and seal of grace, but actually confers saving grace.”

This is so important many Catholics believe they will not go to Heaven if they have not been baptized.

Protestants strongly believe in the practice of baptism; however, Protestants hold to their cardinal doctrine of grace alone through faith alone in Christ alone.

Water does not save anyone; only the redeeming death of Christ paying the ultimate penalty for our sin can save us from eternal destruction.

“Or do you not know that as many of us as were baptized into Christ Jesus were baptized into His death? Therefore we were buried with Him through baptism into death, that just as Christ was raised from the dead by the glory of the Father, even so we also should walk in newness of life. For if we have been united together in the likeness of His death, certainly we also shall be in the likeness of His resurrection, knowing this, that our old man was crucified with Him, that the body of sin might be done away with, that we should no longer be slaves of sin. For he who has died has been freed from sin.”  - Romans 6:3-8

Something that may surprise you is that Catholics and Protestants view Scripture differently. They actually use different versions of the Holy Bible.

The Catholic Bible contains all the same books as the Protestants’ Holy Bible, but it also contains the Apocrypha, which is positioned between the Old and New Testaments.

There was a large debate about whether or not these books should be included in the Holy Bible, but ultimately, the Protestant Church felt the books in the Apocrypha should not be “esteemed the Holy Scriptures.”

For more on the Apocrypha.

While Catholics and Protestants both believe in Heaven and Hell, Catholics also hold to a doctrine of purgatory.

Got Questions explains, “From their church traditions and their reliance on non-canonical books, the Catholics have developed the doctrine of purgatory. Purgatory, according to the Catholic Encyclopedia, is a ‘place or condition of temporal punishment for those who, departing this life in God’s grace, are not entirely free from venial faults, or have not fully paid the satisfaction due to their transgressions.’”

Essentially, this is an in-between for those Catholics who will have eternal life but first must spend time in purgatory as a means of penance.

In contrast, Protestants believe it is “appointed unto men once to die, but after this the judgement.”

Again because of salvation by grace alone through faith alone in Christ alone, Jesus has redeemed our sin, and He paid all penance through His suffering and death on our behalf.

Protestants believe they can add nothing to His finished work, including penance. All who have been forgiven and redeemed by the sacrifice of Jesus Christ will be saved, and all who have not will be condemned.

“For then must he often have suffered since the foundation of the world: but now once in the end of the world hath he appeared to put away sin by the sacrifice of himself. And as it is appointed unto men once to die, but after this the judgment: So Christ was once offered to bear the sins of many; and unto them that look for him shall he appear the second time without sin unto salvation.”
- Hebrews 9:26-28

As John Piper explains, “It is possible for a person’s heart and his essential grasp of Christ to be far better than the structures of his doctrinal framework.”