Top 20 Most Frequently Asked Bible Questions: What is the Gift of Speaking in Tongues? Is It for Today? 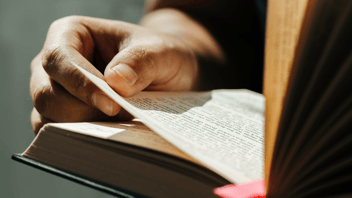 What is the Gift of Speaking in Tongues? Is It for Today?

Having only lived with one of these two norms, you may not realize this topic is heavily debated.

Pentecostal and charismatic churches place a big emphasis on the spiritual gift of speaking in tongues, whereas other denominations believe it is a gift no longer given to Christ followers.

Since your upbringing greatly influences what you believe, let’s focus today simply on what the Bible says about speaking in tongues.

We are introduced to speaking in tongues in Act 2 on the day of Pentecost.

When the day of Pentecost came, they were all together in one place. Suddenly a sound like the blowing of a violent wind came from heaven and filled the whole house where they were sitting. They saw what seemed to be tongues of fire that separated and came to rest on each of them. All of them were filled with the Holy Spirit and began to speak in other tongues as the Spirit enabled them. – Acts 2:1-4

After these verses, we learn those speaking in tongues were speaking in other languages of visitors to Jerusalem.

The visitors were able to hear “them declaring the wonders of God in [their] own tongues (Acts 2:11).”

Therefore, we can say with assurance that speaking in tongues is biblical.

Now, let’s dig deeper into when, why, and how speaking in tongues occurs.

What is Speaking in Tongues According to the Bible?

Some people believe when God fills someone with the Holy Spirit, they speak in an unknown heavenly language.

But, according to Scripture, they are speaking a language of another nation that they do not personally know.

What is the Purpose of Speaking in Tongues?

The Bible explains there is a purpose for speaking in tongues.

Paul writes in 1 Corinthians 12:6, “Now, brothers and sisters, if I come to you and speak in tongues, what good will I be to you, unless I bring you some revelation or knowledge or prophecy or word of instruction?”

Additionally, the Bible gives guidelines for how this gift should be used in the church.

Paul writes in 1 Corinthians 14:27-28, “If anyone speaks in a tongue, two—or at the most three—should speak, one at a time, and someone must interpret. If there is no interpreter, the speaker should keep quiet in the church and speak to himself and to God.”

Imagine if you were at a church where several people were speaking in a different language at the same time without anyone interpreting it. It would be confusing, to say the least!

And the Bible tells us God is not the author of confusion (1 Corinthians 14:33).

Is Speaking in Tongues for Today?

One of the arguments between denominations regarding speaking in tongues is based on the above verse.

Those who believe the gift of speaking in tongues has ceased are called cessationists.

Bible Study Tools explains, “Cessationists take a more dispensational view, meaning they believe that speaking in tongues was a gift for an allotted period of church history, and is no longer given. They believe the gift was only for the age of the Apostles in the early church where the Holy Spirit empowered select individuals to speak in an earthly language they did not know previously in order to spread the Gospel.”

However, it is important to avoid putting God in a box and saying what He can or cannot do.

God is fully capable of allowing the Holy Spirit to give someone the gift of speaking of tongues if He saw a purpose for it. After all, God changes not.

Bible Study Tools explains, “A factor in why the gift of speaking in earthly tongues may be less visible, especially in first world countries, is because of the rise of national languages. […] While there may still be a need for the gift of tongues, the context and need may be different enough from the days of the early church that it manifests less frequently, and perhaps differently.”

One Spiritual Gift of Many

“There are different kinds of gifts,
but the same Spirit distributes them.”
- 1 Corinthians 12:4

Some of the debate regarding tongues is that it has been used incorrectly to validate salvation or more heightened spiritual maturity.

This is categorically untrue.

Like all other spiritual gifts, it is only given to those who have put their faith in Jesus Christ.

Moreover, the Bible is clear that it is only one of many spiritual gifts that God gives His children. And, each of these gifts serves a purpose.

For instance, speaking in tongues serves no purpose if not interpreted.

Therefore, the gift of interpretation is just as important, if not more so.

“Now you are the body of Christ, and each one of you is a part of it. And God has placed in the church first of all apostles, second prophets, third teachers, then miracles, then gifts of healing, of helping, of guidance, and of different kinds of tongues. Are all apostles? Are all prophets? Are all teachers? Do all work miracles? Do all have gifts of healing? Do all speak in tongues? Do all interpret?”  – 1 Corinthians 12:27-30

Ultimately, we each have the gifts that God has given us with the purpose of bringing Him glory.

If you want to discover your spiritual gift or learn more about spiritual gifts, I encourage you to use Lifeway’s Spiritual Gifts Assessment Tool or make an appointment with a pastor at your local church.