Top 20 Most Frequently Asked Bible Questions: What Does the Bible Say About Sex Before Marriage? 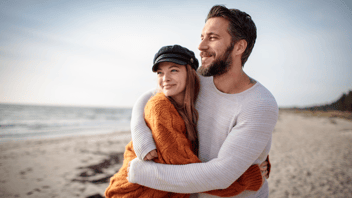 What Does the Bible Say About Sex Before Marriage?

What the Bible says about sex before marriage is a topic that seems to make people uncomfortable.

Most people understand what the Bible says about sex outside of marriage when you are married (adultery), and many parents tell their children to abstain from sex until marriage.

But, according to statistics, most Christians ignore their parents’ advice and look for loopholes in Scripture.

Moreover, according to the Institute for Family Studies, “By the time they are young adults, roughly two-thirds of Evangelicals have engaged in sexual intercourse, and about three-quarters have engaged in at least one of three forms of sexual activity.”

Therefore, we can assume there is some confusion about when sex is and is not okay according to the Scripture.

Rather than just telling people, “Don’t have sex before marriage,” we can look to Scripture to understand why.

The Link Between Sexual Immorality and Sex Before Marriage

If you search the Bible for the phrases “premarital sex” or “sex before marriage,” you won’t find any verses.

However, that does not mean Scripture doesn’t say anything about it.

In fact, Scripture is clear on the topic if you understand the link between sexual immortality and sex before marriage.

Often, people lump things like adultery, pornography, and homosexuality under the umbrella of “sexual immorality.” But, sex before marriage also falls under this umbrella.

1 Corinthians 7:2 says, “But since sexual immorality is occurring, each man should have sexual relations with his own wife, and each woman with her own husband.”

Other Bible Verses About Sexual Immorality

Now, that you understand sex before marriage is considered sexual immorality, you can read all Scripture naming sexual immortality as including premarital sex.

Here’s a hint – none of these verses praise sexual immortality.

Acts 15:20 - but should write to them to abstain from the things polluted by idols, and from sexual immorality, and from what has been strangled, and from blood

1 Corinthians 6:13 - “Food is meant for the stomach and the stomach for food”—and God will destroy both one and the other. The body is not meant for sexual immorality, but for the Lord, and the Lord for the body.

1 Corinthians 6:18 - Flee from sexual immorality. Every other sin a person commits is outside the body, but the sexually immoral person sins against his own body.

2 Corinthians 12:21 - I fear that when I come again my God may humble me before you, and I may have to mourn over many of those who sinned earlier and have not repented of the impurity, sexual immorality, and sensuality that they have practiced.

Galatians 5:19 - Now the works of the flesh are evident: sexual immorality, impurity, sensuality

Ephesians 5:3 - But sexual immorality and all impurity or covetousness must not even be named among you, as is proper among saints.

Colossians 3:5 - Put to death therefore what is earthly in you: sexual immorality, impurity, passion, evil desire, and covetousness, which is idolatry.

1 Thessalonians 4:3 - For this is the will of God, your sanctification: that you abstain from sexual immorality

Hebrews 13:4 - Let marriage be held in honor among all, and let the marriage bed be undefiled, for God will judge the sexually immoral and adulterous.

God’s Way of Protecting Us Once Again

When non-believers hear that the Bible tells Christians to abstain from sex before marriage, they mistakenly believe God thinks sex is bad. This is far from true. God designed sex!

There is an entire book of the Bible that describes the pleasures of sex, but don’t read it until you’re married!

Plus, it is through God’s amazing design for sex, that humans can reproduce.

The truth is God knows more than us. He is infinitely wiser. He sees the big picture, which means He sees the damage sex before marriage causes.

For example, Focus on the Family reports, “Every year, nearly 750,000 American teenagers become pregnant, and approximately three in 10 of these pregnancies end in abortion. […] Second, sexually transmitted infections are a constant danger for those who engage in extra-marital sex.”

With the risks involved, even those who are not believers should ask themselves what the wise choice is when it comes to sex before marriage.

It would be wrong to assume everyone reading this blog waited until marriage to have sex just based on statistics alone.

We don’t get to stand in judgment. We all have sinned and fallen short in some way.

Thankfully, we have a Savior who is willing and able to forgive our sins.

Focus on the Family explains, “The first thing to remember is that no sexual sin is beyond God’s forgiveness.”

The next thing to remember is that by repenting of your sexual sins, you will be forgiven.