Top 20 Most Frequently Asked Bible Questions: What Does the Bible Say About Homosexuality? Is It a Sin? 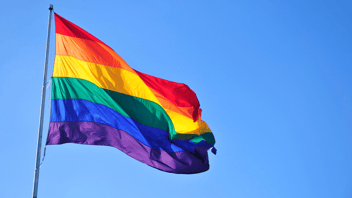 What Does the Bible Say About Homosexuality? Is It a Sin?

I understand this is a sensitive topic and many who read this blog may have struggled with homosexuality or have family members who are homosexuals.

I want to assure you that while this is a controversial topic, it does not have to be divisive and end relationships between family members or church members.

Ultimately, the greatest commandment Jesus gave is for us to love God and love our neighbors, including our homosexual neighbors.

I and South Bay Bible Church denounce all negative and hateful behavior toward the LGBTQ community, and if you have suffered hateful behavior from someone who says they’re a Jesus follower, please allow me to apologize to you. That’s not the way Jesus would act!

Jesus embraced all kinds of people. Heck, Jesus embraced me with all my baggage! But the ones he resisted were the proud, arrogant, religious, hypocritical elite.

“The heart wants what the heart wants.” That’s what culture wants us to believe. But, should we blindly trust our hearts?

The Prophet Jeremiah warned (17:9), “The heart is deceitful above all things, and desperately sick; who can understand it?”

When it comes to sexual sins, this becomes radically clear. Our hearts often lead us to believe our sinful behaviors are acceptable because we are led by our feelings.

Thankfully, the Bible offers clear guidance for protecting us by defining what is and is not acceptable in all sexual relationships.

More importantly, Scripture defines what is and is not sexual sin.

Since our salvation and relationship with Jesus hinges on our understanding of sin and forgiveness, it is important to study what the Bible says about sexual relationships, just as you would any other key topic.

In the beginning, God created the first man and woman: Adam and Eve.

First, God created man, woman, and their sexual relationship to produce children and populate the earth, according to Genesis 1:27-28.

Next, God created man and woman to form a new family apart from their parents.

“Then the Lord God made a woman from the rib he had taken out of the man, and he brought her to the man. The man said, ‘This is now bone of my bones and flesh of my flesh; she shall be called ‘woman,’ for she was taken out of man.’ That is why a man leaves his father and mother and is united to his wife, and they become one flesh. Adam and his wife were both naked, and they felt no shame.”
– Genesis 2:22-25

The key here is that Adam and Eve were both naked but felt no shame. They felt no shame because they lived in the world before sin.

After the fall (when they disobeyed God and ate the fruit), they were aware of their sin and ashamed of their nakedness.

Why does this matter now?

Distinguishing Between Temptation and Behavior

However, there is a difference between temptation and behavior.

As Got Questions explains, “Simply stated, a struggle with temptation may lead to sin, but the struggle itself is not a sin.”

The good news for those who put their faith in Jesus is you do not have to give in to sexual temptations, and God will help you find a way to overcome your temptations if you allow Him.

“No temptation has overtaken you except such as is common to man; but God is faithful, who will not allow you to be tempted beyond what you are able, but with the temptation will also make a way of escape, that you may be able to bear it.” - 1 Corinthians 10:13

Sexual Immorality is a Sin

Now that you know there is a way to escape temptation, let’s look at sexual immorality.

Christianity.com defines sexual immorality as “neglecting and defying God's law of sexual relations […] In simple terms, sexual immorality is essentially the engagement in sexual acts outside of the sanctity of marriage, the divine union of creating and fostering life.”

The Bible is clear about God’s laws regarding sexual relations.

Multiple verses in Scripture show that sexual immorality includes any sexual act that goes against God’s intended purpose, such as fornication, adultery, pornography, prostitution, and homosexuality. Let’s look at some verses.

“You have heard that it was said to those of old, ‘You shall not commit adultery.’ But I say to you that whoever looks at a woman to lust for her has already committed adultery with her in his heart.”
– Matthew 5:27-28

“Marriage is honorable among all, and the bed undefiled; but the fornicators and adulterers God will judge.”
– Hebrews 13:4

How the Bible Classifies Homosexual Behaviors

As you can see in the last section, sexual immorality is a sin.

And one of the acts considered sexually immoral according to Scripture is homosexuality.

It’s important to note before we jump into Scripture that we are discussing homosexual behavior and not temptation.

As we discussed previously, the distinguisher between sin and temptation is when an individual crosses from temptation to behavior.

Often, people will argue that the Old Testament laws no longer apply because there are other Levitical laws that are no longer followed.

However, homosexuality is also listed as a sexual sin several times in the New Testament.

“We also know that the law is made not for the righteous but for lawbreakers and rebels, the ungodly and sinful, the unholy and irreligious, for those who kill their fathers or mothers, for murderers, for the sexually immoral, for those practicing homosexuality, for slave traders and liars and perjurers—and for whatever else is contrary to the sound doctrine.”
– 1 Timothy 1:9-10

“Because of this, God gave them over to shameful lusts. Even their women exchanged natural sexual relations for unnatural ones. In the same way the men also abandoned natural relations with women and were inflamed with lust for one another. Men committed shameful acts with other men and received in themselves the due penalty for their error. Furthermore, just as they did not think it worthwhile to retain the knowledge of God, so God gave them over to a depraved mind, so that they do what ought not to be done. They have become filled with every kind of wickedness, evil, greed and depravity. They are full of envy, murder, strife, deceit and malice. They are gossips, slanderers, God-haters, insolent, arrogant and boastful; they invent ways of doing evil; they disobey their parents; they have no understanding, no fidelity, no love, no mercy.”
– Romans 1:26-31

It’s important to note in both of these passages, multiple sins are listed.

These lists name homosexual behavior as a sin – just as they name murder and lying and greed as sins.

Sin Separates Us from God, But the Cross Reconciles Us to God

Our sins, sexual or otherwise, separate us from God.

The penalty for sin is death. It is the reason Jesus died on the cross. He suffered and died for our sins so we don’t have to.

If you have sinned sexually, you can be forgiven and saved.

Whether you are an adulterer, fornicator, or have practiced homosexuality, you are just as welcome at the foot of the cross as any other sinner, including me.