Top 20 Most Frequently Asked Bible Questions: What Does the Bible Say About Dinosaurs? Are There Dinosaurs in the Bible? 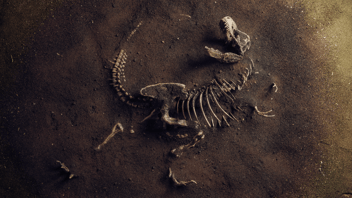 What Does the Bible Say About Dinosaurs? Are There Dinosaurs in the Bible?

It’s so fun to take children to a museum that houses dinosaur bones and watch them stare in awe and wonder, but don’t forget to prepare yourself for a barrage of fun and interesting questions.

What happened to the dinosaurs?

Did dinosaurs live at the same time as the first humans?

How big were they?

What did they eat?

What do you mean they are extinct?

The questions may seem endless.

Now, take those children raised in a Christian home, and the questions can stump the smartest, most well-versed Bible scholar.

When it comes to dinosaurs and the Bible, we tend to have more questions than answers.

However, we can make educated guesses using both the Bible and science.

Let’s take some time today and explore the “Land Before Time” using a biblical lens.

The book of Genesis provides a lot of answers to questions about dinosaurs since it is where we learn how the Earth began.

One Bible scholar even claims all answers lie tucked away inside the book of Genesis.

Genesis tells us that God created the heavens and the earth including the animals and the humans. Then, God rested.

As the Creator of the Universe, it is well within His power to create dinosaurs.

The Book of Genesis also lets us know the world was perfect for a while in the Garden of Eden.

Creation Today explains, “Initially, God’s creation was perfect, with all animals and humans living in harmony, all feasting on plants, trees and their fruit. Everything was vegetarian in the Garden of Eden (Genesis 1:30).”

I’m not much for vegetables, so I’m not sure that’s good news for me, but that’s a subject for another day.

So, this means the dinosaurs and Adam and Eve could have been in the same place.

But, sin entered the perfect world and corrupted it.

As a result, God chose to destroy His original creation with the great flood.

That brings us to the idea of dinosaurs and the ark.

Dinosaurs and the Ark

There is some debate about whether dinosaurs were on the ark that kept Noah and his family safe from the flood.

Of course, the obvious answer is yes. Noah was sure to take a pink one and a blue one. Just kidding.

Some people reject the notion of dinosaurs on the ark because they feel dinosaurs were either too large or unsafe for the ark.

Others believe it was the flood that led to the extinction of dinosaurs.

Yet others believe there were dinosaurs on the ark.

According to Creation Today, “Studies have shown that Noah needed to bring less than 8,000 animals on board the ark, in order to fulfill his mission. Some of them were dinosaurs; not the biggest and the meanest he could find, but smaller members of the saurian family who could preserve the population.”

Note – You can even take your family to the Creation Museum and Ark Encounter (a life-size replica of the ark) in Kentucky to see dinosaur bones and explanations for how dinosaurs and the Bible can exist together. I have been there, and it is fantastic.

The Beasts of the Bible

Look at Behemoth, which I made along with you and which feeds on grass like an ox. What strength it has in its loins, what power in the muscles of its belly! Its tail sways like a cedar; the sinews of its thighs are close-knit. Its bones are tubes of bronze, its limbs like rods of iron. It ranks first among the works of God, yet its Maker can approach it with his sword.
– Job 40:15-19

However, the Bible does mention dinosaur-like creatures, such as dragons, multiple times.

Additionally, there are two named beasts that sound like dinosaur-like creatures called the Behemoth and the Leviathan.

As a result, many argue these gigantic beasts or dragons are what we would call dinosaurs.

Another common question regarding dinosaurs and the Bible comes down to the creation timeline.

According to scientists, the dinosaur fossils that have been discovered show dinosaurs existed millions of years ago.

However, other sources disagree with this million-year timeline.

For example, Answers in Genesis claims, “While scientists are still trying to sort out the complex details about fossilization, one fact is undisputed: it can be amazingly fast. Massive catastrophes like Noah’s Flood would produce the conditions necessary to quickly bury and protect creatures so that they can fossilize.”

If this is true, it means dinosaurs could exist in the same timeline as the creation story in the book of Genesis.

Once again, the Bible doesn’t tell us everything we’d like to know about dinosaurs.

But then again, the Bible doesn’t go into exhaustive detail about many of God’s creations.

For example, we don’t read about prairie dogs, newts, or giraffes in the Bible.

In an article for Newspring, the author writes, “Where the Bible is direct, we can celebrate the truth God has shown us. Where the Bible allows space for us to make sense of the world using reason, experience, art, science, and more, we can be open to exploring what is good and true (Philippians 4:8).”

At the end of the day, the lack of details about dinosaurs in the Bible shouldn’t be a deal-breaker when it comes to your faith.