Top 10 Questions People Ask About the Christian Faith: What About Those Who Have Never Heard? 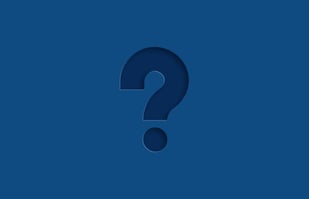 Top 10 Questions People Ask About the Christian Faith:
What About Those Who Have Never Heard?

Often, Christians live in a bubble. They surround themselves with others who believe the same and think the same.

Occasionally, however, someone or something shocks their system and makes them wonder about those who live outside their insulated cozy Christian bubble.

For many Jesus followers, it’s hard to grasp the sheer number of people who have never heard the Good News, but, this very idea is why some people fail to believe in the Gospel.

The Gospel hinges on belief in Jesus Christ for salvation.

If someone has not heard about Jesus, how is it possible for him or her to be saved or are those unknowing people condemned to an eternity in hell?

It’s a tough question, and we’d like to address the most common issues to this question.

Why Have They Not Heard?

When someone questions what happens to those who have never heard of Jesus, the first consideration is why they haven’t heard.

Missionaries have been spreading the gospel across the globe since Jesus’ death and resurrection. However, there still are unreached people groups.

In this case, are some of these people groups suffering from the sins of past generations who prevented them from hearing the gospel?

If it makes you feel better, this difficult question is discussed in the Bible.

“How, then, can they call on the one they have not believed in? And how can they believe in the one of whom they have not heard? And how can they hear without someone preaching to them? And how can anyone preach unless they are sent? As it is written: ‘How beautiful are the feet of those who bring good news!’ But not all the Israelites accepted the good news. For Isaiah says, ‘Lord, who has believed our message?’ Consequently, faith comes from hearing the message, and the message is heard through the word about Christ.”  – Romans 10:14-17

In some cases, Christians must take ownership of their failure to spread the message.

“For since the creation of the world God’s invisible qualities—his eternal power and divine nature—have been clearly seen, being understood from what has been made, so that people are without excuse.”  – Romans 1:20

Everyone is born with an awareness of God. Even though they have not explicitly heard the Gospel message, they are accountable for the wrong they’ve committed.

By merely existing and living in God’s creation, we are intrinsically aware of our Creator.

Right and wrong are written on our hearts, and every man and woman falls short of God’s holy standards.

God Desires All to Come to Know Him

When someone asks this question, they are really questioning God’s character. Why would a good God send those who have not heard of Him to hell?

The simple answer to this question is God is good, and we must trust His goodness.

The Bible makes it clear that God does not want anyone to perish; instead, He gives every person opportunity after opportunity to seek Him.

“Salvation is found in no one else, for there is no other name under heaven given to mankind by which we must be saved.”  – Acts 4:12

The answer to this hard question tends to make non-believers take offense of the teaching that salvation is found through Christ alone.

Therefore, if those who have not heard of Christ cannot be saved, then it seems cruel and unfair.

However, as previously noted, those who seek their Creator will find Him.

God is Still Reaching the Unreachable

“The Lord is not slow in keeping his promise, as some understand slowness. Instead he is patient with you, not wanting anyone to perish, but everyone to come to repentance.” – 2 Peter 3:9

Since salvation in found in Christ alone, it can (and should) leave us feeling unsettled about those who do not know Him.

Fortunately, God is still in the business of performing miracles, and He is still reaching the unreachable.

In addition to missionaries taking the Gospel all over the world, we have more means to spread the Gospel than ever before!

“The opportunities for using our financial resources to spread the gospel and strengthen the church all over the world are greater than they’ve ever been. As God raised up Esther for just such a time as hers, I’m convinced he’s going to raise us up, with all our wealth, to help fulfill the great commission. The question is, what are we doing with that money? Our job is to make sure it gets to his intended recipients.” ― Randy Alcorn

Our Obedience When It Comes to Spreading the Gospel

As Got Questions explains, “Instead of debating the fate of those who have never heard, we, as Christians, should be doing our best to make sure they do hear. We are called to spread the gospel throughout the nations (Matthew 28:19-20; Acts 1:8). We know people reject the knowledge of God revealed in nature, and that must motivate us to proclaim the good news of salvation through Jesus Christ.”

While we are not all missionaries in foreign countries, every Christian is called to spread the Good News of Jesus Christ.

We can do this in our own communities and by supporting mission organizations.

We can’t respond to those who ask this question earnestly if we aren’t doing our part to spread the Gospel to the ends of the earth.

What is The Questioner Really Seeking?

Finally, it is important to recognize the heart of the matter is much bigger than simply wanting to get into a religious debate.

It’s often because the individual is trying to understand God’s character or the truth of the Gospel.

Therefore, rather than engaging in a heated debate, our answer should gently point back to Jesus.

Focus on the Family suggests, “A point related to the motivation for the question has to do with truth. Does the question, however it is answered, change whether or not Christianity is true? It doesn’t. If God exists and has revealed Himself to us, and if Christ is the only way to God, then the question may puzzle us, but it won’t change the truth of the Christian message.”

We understand there is much more to this question. If you would like to discuss it further, here are some resources to help you investigate: