Was Jesus a Solicitor? How to do Evangelism the Right Way 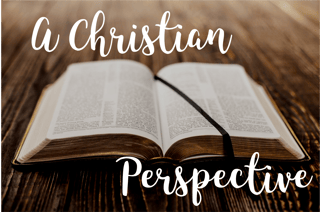 What does it mean to be like Jesus when it comes to evangelism?

Jesus was a preacher, right? He shared the truth wherever he was – in the Synagogue, on the mountain tops, in the middle of town. So does this mean that our evangelism should consist of going into public places and preaching to those in the area?

Not necessarily. In fact, probably not.

Although Jesus did speak in many places, he had a very clear process that he followed – and one that resulted in a listening ear from those around him.

In short, Jesus was not a solicitor. He was a giver, a healer, and a friend.

Let’s take a closer look at how Jesus did evangelism.

Unlike the soapbox evangelist yelling through a megaphone, Jesus never forced others to listen to what he had to say. Although he was always more than willing to share his insights on how to have a richer life, he met each person where they were and never forced them to go deeper in their faith than they were ready to.

As we see in the story of the rich young ruler (Mark 10), Jesus honestly answered people’s questions about what was required to serve him – but he wouldn’t force them to do it. He would lovely and patiently allow them to follow the path they chose.

Jesus got to know people

Jesus focused on getting to know people. He first listened and then spoke. He became friends with the un-loveable and companion to the outcast.

His first goal wasn’t to convert people – it was to love them. He wanted to make people’s lives better, and he knew that they would be better if they had faith in him.

If you read the story about the woman at the well (John 4), you’ll notice that Jesus focused on getting to know her, allowing her to open up about her struggles, and then he provided a way to achieve a better life. Although he mentioned the Living Water, he didn’t press her about it – he allowed her to pursue the conversation.

Jesus asked the right questions to facilitate a discussion on faith

From the woman at the well (John 4) to Zacchaeus (Luke 19), Jesus continually asked questions that took people deeper.

He didn’t go into the streets and yell that sinners need to repent. Instead, after getting to know them, he asked questions that touch issues close to their hearts. He fully understood humanity’s need to be heard and understood – and He lovingly guided people through a conversation that revealed how their lives might be better.

Right before his crucifixion, Mary washed Jesus’ feet with perfume (Mark 12). She spent a tremendous amount of money on this perfume, and Jesus’ disciples were indignant. However, Jesus declared that what this woman did was a beautiful thing – and she would be remembered for eternity for her act.

Meanwhile, in Luke 17 we discover that Jesus healed ten lepers, but only one of them came back to thank him. Although he was disappointed that the other nine only cared about being healed, he didn’t take back the gift of health. Instead, he allowed the unthankful to live out the rest of their lives free from leprosy.

To evangelize like Jesus, our #1 goal should not be to make converts. It should be to love unconditionally. If we are willing to love others, even when there is no benefit for us, we are living like Christ.

As we serve and love others, we will slowly attract like-minded people who are tired of the hate, sin, and misery in the world today. These people, as they see how we live differently, will be drawn to join us.

And that is how we do effective evangelism.

Keywords: How to Evangelize, Be Like Jesus, How to do Evangelism the Right Way