The Historical Accuracy of the New Testament - Can the Bible Really Be Trusted? 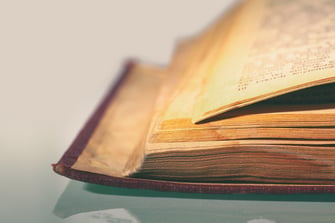 How can we know the New Testament is historically accurate? This is an essential yet controversial question that deserves a thoughtful answer.

A quick Internet search shows many are curious and researching the historical accuracy of the Bible as a whole, but it appears more are searching for the New Testament in particular.

The information online is typically either entirely based on emotion or purely scientific. From an emotional standpoint, faith is one of the major foundations of Christianity. Without faith, Christianity is nothing. So from a faith-based position, Christians believe the New Testament is inspired by God and is His word.

But when you take all the emotion out of it and get down to purely scientific objectiveness, the evidence is sufficiently clear on the historical accuracy of the New Testament.

It’s Surprising It Survived at All

Before we dig into the historical context of the books of the New Testament, we should look at it from the perspective of the era we are researching. The books of the Bible, for the most part, are not really books. They are a collection of writings, letters, and travel journals written during a time of severe persecution against anyone who followed the teachings of Jesus. In fact, these early Jesus followers were not even called Christians but followers of “the Way.”

There was no broad communication available to persecuted believers at the time. It could take four months or longer for word to travel to the councils that were put together due to the circumstances of the times in which they were written. As people were being persecuted, there were shipwrecks, thieves, burnings, and beheadings. Followers of the Way were sawed in two, beaten, stoned, and tortured. This was not an easy time for the early church. Opponents were adamant to snuff out Christianity at all costs, so it is incredible that we have anything from that era at all (Burns, 2018).

Yet, in spite of the intense persecution over the centuries, the discovery of the Dead Sea scrolls in 1947 confirmed that we still have the same Old Testament as they did in Jesus’ day. The survival of thousands of New Testament manuscripts affirms that the New Testament writings were also providentially preserved.

Continued Persecution after the First Century

God’s Word survived despite intense efforts to destroy it. For instance, in 175 BC the king of Syria, Antiochus Epiphanes, ordered the Jews, on pain of death, to destroy their Scriptures and worship the Greek gods. But Judas Maccabaeus saved the books and led a revolt that won independence for the Jewish nation. Today, Jews celebrate this event during every Hanukkah (Slick, 2008).

Another example includes the Roman emperor Diocletian’s order to have Christianity outlawed, its leaders killed, and their Bibles burned. As a sign of God’s providence, the next emperor, Constantine, legalized Christianity and paid for fifty new hand-written copies of the Bible (Matthews, 2011).

The Bible was not only preserved but translated into over two thousand languages in both the ancient and modern eras (Matthews, 2011). Many of the earliest surviving manuscripts include translations, such as Syriac versions, showing God’s Word was spreading from the very beginning, and the words of its message have been preserved in many languages.

To determine the historical accuracy of any book whether literary, historical, or biblical, a process called textual criticism is used. Textual criticism uses the old manuscripts, by comparing all of the copies available, and studies what the author intended to say. It uses several comparisons that sharpen the accuracy of the research.

Insight: The entire New Testament (minus 11 verses) could be reconstructed through quotes of Early Church Fathers even if all known manuscripts were destroyed (Turner).

Commonly trusted manuscripts have a typical time gap of 800-2000 years from their original writing to translation. The books of the New Testament were chosen within the lifetime of the people who were alive at the time. For example, Matthew and Mark were written before Luke. Luke was written before Acts. Acts was written within 60 years of the crucifixion. This means there would still be eyewitnesses to correct errors and exaggerations (Hansen, 2018).

Ancient works can range in number and timing. Here are some examples:

The New Testament numbers clearly have far more evidence than other trusted ancient works. With more than 5,600 partial or whole Greek manuscripts, this set of ancient texts have far more historical evidence than most other well-trusted documents of the era. If you include other languages, this number jumps to more than 25,000 (McDowell, 2015).

Authors like Bart Ehrman and Elaine Pagels would argue that manuscripts of old are taken out of context or translated incorrectly. However, it doesn’t take much digging to verify and prove the accuracy and preservation of all the New Testament writings. It is true that discrepancies, known as textual variances exists; however, each can be easily explained.

In comparing the texts, there is a 98% accuracy between the ancient manuscripts and the current New Testament books. According to the website Stand to Reason, “Of the remaining differences, virtually all yield to vigorous textual criticism. This means that our New Testament is 99.5% textually pure. In the entire text of 20,000 lines, only 40 lines are in doubt (about 400 words), and none affects any significant doctrine (Koukl, 2013).” This is an exciting statement!

You cannot discuss the historical accuracy of the New Testament without debating the books chosen vs. books that were excluded.

A council was named in the early church to compile the New Testament. This was the council at Nicea who met in 325 AD. They did not decide what should be in the New Testament on a whim. They used a criteria or canon.  A canon means a rule or standard.

There were five criteria as to whether or not a book or letter was included:

The book of Thomas, which was not included in the New Testament, was full of strange and bizarre stories that could not be collaborated by any eye-witnesses.

The books that were chosen in the New Testament all focus on the Lord and His story. Some of the Apocryphal books (ones that were not included) are self-seeking and point to people instead of God, or the teaching was entirely emotional.

In Matthew, Jesus chose apostles and apostles wrote the New Testament. We can trust the New Testament because Jesus pre-authenticated it. “He did not come to destroy the law but to fulfill it.” Jesus said not one bit will pass away until this is fulfilled. Jesus trained the men who wrote it (Hansen, 2018).

The evidence is clear. The New Testament is indeed historically accurate, and as one looks at how it providentially survived the intense persecution during the first century and centuries that followed, we begin to see something unique in this collection of ancient writings.

However, when these texts persevered through the strict standards of textual criticism, unaltered steadfastness through centuries of translations, and the remarkably relentless rules of the canonization process, one begins to understand how little faith it takes to believe these writings have a Divine origin. But, once one factors in the life-changing nature of these supernatural writings, to conclude anything other than the fact that these are the very oracles of God Himself seems to this author a senseless and absurd verdict of the highest degree.

Matthews, M. (2011, April 1). The Preservation of the Bible. Retrieved March 2018, 2018, from Answers in Genesis: https://answersingenesis.org/the-word-of-god/the-preservation-of-the-Bible/