The Gift of Tongues and Prophecy 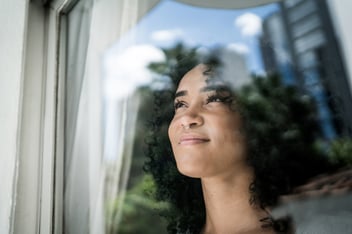 The Gift of Tongues and Prophecy

This week’s blog post will bring an end to our spiritual gifts blog series. I hope and pray that it has encouraged you and inspired you to recognize how God has uniquely gifted you and to use that gift in serving your local church.

Unfortunately, there is too much to fit into one blog post when it comes to these specific spiritual gifts. That said, we want to cover as much as we can as to bring a little more clarity around these unique and valuable spiritual gifts.

Before we can begin discussing these specific spiritual gifts, I think we need to lay some groundwork for our belief around the spiritual gifts as a whole. Specifically, are all of the gifts described in scripture active and useful in the church today?

There are two primary perspectives in the church as it pertains to the gifts of the Spirit and their function in the modern church. They are typically referred to continuationism (all gifts have continued) and cessationism (certain gifts have ceased to be given/active).

Another specific gift not mentioned in the quote above is the spiritual gift of prophecy.

In contrast, cessationists believe in the gifts of the Holy Spirit, but believe that some particular gifts, specifically the charismatic gifts, ceased at the end of the apostolic age and the canonization of scripture. In other words, when the final apostle died and the New Testament was finished, the gifts of tongues, prophecy, and healing came to an end.

Many interpretations of various scriptures have been debated over the years to answer this question. Perhaps the most common scripture that is discussed in these conversations is 1 Corinthians 13:8-12, which is right in the middle of Paul’s discourse on the gifts of the Holy Spirit to the church at Corinth.

Cessationists have the idea that the “perfect” that Paul describes here is the New Testament. That sounds fantastic, except there’s one big problem – 1 Corinthians 13:12. Has anyone seen God, face to face? Does anyone know God fully even as you have been fully known? No. This happens at the return of Jesus Christ. His return is the “perfect.” At that point, there will be no need for tongues, prophecy, or words of knowledge. They will end.

Until then, it is my conviction that all the gifts are still present and should be active in the church. In other words, I believe that scripture actually teaches continuationism and does not teach that any of the gifts have ceased for the church age.

The Spiritual Gift of Tongues

Unfortunately, many conservative believers avoid speaking about tongues and speaking in tongues, but don’t mind speaking about those who speak in tongues. Also unfortunate is the fact that the gift of tongues has been misunderstood, misused, and biblically misapplied in particular church settings.

Nevertheless, we must not avoid or disregard this spiritual gift.

The spiritual gift of tongues as you read about in Acts 2 describes the Spirit-given ability to speak in an earthly language that you have had no experience or education in speaking in order to communicate God’s truth and good news to someone who needs it. It’s the miraculous, spontaneous ability to share the gospel in French when you’ve never taken a French class or even been to Paris.

That said, it seems that 1 Corinthians 14 presents a type of tongues that only God can understand. That’s why it is only fit for public use if, and only if, there is an interpretation (1 Corinthians 14:13). This form of tongues can be used as another method of delivering God’s instruction or encouragement to the church.

The Spiritual Gift of Prophecy

especially that you may prophesy…”

Prophecy is a spiritual gift that I am particularly fond of. I believe it is one of my own spiritual gifts for the building up of our local church body.

We cannot resist prophecy, but we must test it and hold on to what is good (1 Thessalonians 5:20-21). Every word out of a brother or sister’s mouth shouldn’t be understood as “Thus saith the Lord.” It may not be from the Lord at all. But after you have tested the instruction, if it turns out to be good and trustworthy, then accept it and hold to it. To refuse it or resist it altogether would be a sure quenching of the Spirit (1 Thessalonians 5:19).

Prophecy is not synonymous with teaching or the recalling of scripture. Paul makes a clear distinction between those two gifts.

The revelation can be a phrase, statement, or even an image intended for the body as a whole or individual believers, to comfort, encourage, or perhaps, to confront sin.

If we have been convinced that scripture does not teach that these gifts have ceased, and we believe that these gifts are still given to individual believers today, then we must make space for them to be used in our local churches.

However, we must use them in a biblical and orderly manner.

My go-to scripture passage on the proper usage of these particular spiritual gifts is 1 Corinthians 14. Study it and submit to it, just as you would any passage of scripture.

Concerning tongues, there should always be an interpretation. Also, no more than two or three believers should speak in a tongue during any given gathering. As for prophecy, Paul recommends two to three prophetic words, while the remainder of the congregation weighs and tests the prophecy.