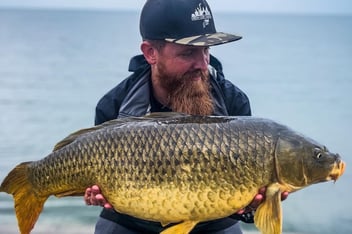 Hello! Student and Worship Pastor Jon here. I am so excited to be sharing with you not only a personal story about a pivotal moment in my life, but a story in scripture where a group of young men’s lives changed forever!

To share a little bit about me, I am originally from a small farm town in Michigan called Ida. Being from a small town, I’ve probably done all the typical “small town” things at least once in my life. The main things usually consisted of farming, football, and running dirt roads on Friday nights, and although the town of Ida is located in southeast Michigan, many of my weekends were also spent in northern Michigan.

Between the ages of 12 and 15, my dad was a member of a hunting club in Fairview, Michigan called Ridgevalle (the name of the club came from the name of the cabin which housed the hunting club). Ridgevalle slept roughly 30 people, had a commercial grade kitchen, and had just about every critter you could think of hanging on the walls. I’m talking black bear, grizzly bear, whitetail deer, mule deer, elk, moose, badger, bobcats, wolves, coyotes, etc. You get the picture; this was a serious hunting cabin. Personally, besides the occasional chores of chopping wood and cleaning up after meals, there was rarely an agenda for a young teenage boy. Much of my youth was cultivated at Ridgevalle, and much of who I am today was formed by the time spent in the woods on that property.

I want to share a quick story that took place at Ridgevalle, when I was around the age of 12 years old. I had found myself in the situation of needing to walk out to my dad’s truck in the middle of the night. What I needed from that ‘97 Chevy Silverado, of all things, was the charger for my GameBoy, because while the cabin and surrounding wilderness was great during the day, the nights could become fairly boring for a young boy.

Fear of the Unknown

So here’s the scene; it’s the middle of a snowy November night, and the only light illuminating the trek from the cabin to the truck is a full moon. I was terrified to say the least! I could see tracks from wild animals in the snow all around my dad’s truck. I had no idea which critters made the tracks, but knowing which ones could be out there, everything in my mind told me not to go. What if a bobcat was behind the truck? What if a coyote or wolf attacked me? Or worse, what if a black bear was waiting for me out there… Do you see where I’m coming from?

I am proud to say I did go to the truck that night, and to take it a step further, I would say that night was a defining moment for my youth. My choices were to wait until the morning when I could see everything and be sure of myself and my safety, or go in the night, in the dark, and trust that I was safe from whatever could be out there. Now the truth is, wild animals are more afraid of you than you are of them. More than likely, any animal that could have been outside at that time would have run away as soon as the door of the cabin opened, but that didn’t stop my mind from fearing the unknown. What did eventually stop my mind from fearing the unknown was the repeated practice of doing things like that over and over again.  This was not only a defining moment in my childhood, but a pivotal moment for the rest of my life! I faced a fear, which led to eventually getting over the fear of the dark and the unknown in similar situations. Even with things like bears, bobcats, and coyotes possibly lurking in the shadows.

I think we’ve all had pivotal moments like this in our lives. It could have been when you faced a fear, started a new job, took a big trip, lost a loved one, or maybe even paid off a large sum of debt. Whatever the defining moment, I want to take a minute to consider what could be the most pivotal moment of anyone’s life-- the moment they decide to follow Jesus. To further explore that, I want to look at a group of young men who experienced a pivotal moment one day while fishing, and I think you’ll agree, their lives were changed forever.

One day as Jesus was standing by the Lake of Gennesaret, the people were crowding around him and listening to the word of God.  He saw at the water’s edge two boats, left there by the fishermen, who were washing their nets.  He got into one of the boats, the one belonging to Simon, and asked him to put out a little from shore. Then he sat down and taught the people from the boat.

When he had finished speaking, he said to Simon, “Put out into deep water, and let down the nets for a catch.”

Simon answered, “Master, we’ve worked hard all night and haven’t caught anything. But because you say so, I will let down the nets.”  When they had done so, they caught such a large number of fish that their nets began to break.  So they signaled their partners in the other boat to come and help them, and they came and filled both boats so full that they began to sink.

When Simon Peter saw this, he fell at Jesus’ knees and said, “Go away from me, Lord; I am a sinful man!” For he and all his companions were astonished at the catch of fish they had taken, and so were James and John, the sons of Zebedee, Simon’s partners.

Then Jesus said to Simon, “Don’t be afraid; from now on you will fish for people.”  So they pulled their boats up on shore, left everything and followed him.

In the Gospel of Luke, chapter 5, verses 1-11, we find Jesus teaching by a lake. Luke tells us there were so many people there eager to hear Jesus, that Jesus decided to climb into a local fisherman’s boat and let the water carry His voice. After Jesus finished teaching, He asked the owner of the boat, Simon, to row out into deeper waters and cast his nets. While Simon did eventually row out into deeper waters, I want to point out he appears hesitant at first. Let’s go “deeper” on that.

Simon doesn’t appear to be willingly rowing out into deeper waters after Jesus asked him to. In fact, Simon tells Jesus, “We’ve fished all night and caught nothing.” Have you ever talked to a fisherman after they’ve gone fishing? Even when they catch nothing, they’ll still tell you they at least caught “nothing worth keeping.” I say this as an experienced fisherman myself. Fishermen always exaggerate the catch, so for Simon to say they caught nothing, they must have seriously caught nothing! Furthermore, it looks like Simon just clocked out of what we would call the “graveyard shift." I can’t help but imagine how eager Simon must have been to go home and go to bed.

After Simon reluctantly said yes to Jesus, we see something that I think caught everyone off guard. The fishermen caught so many fish that their boats began to sink. (How many fish do you have to catch to sink a commercial grade fishing boat?) Luke tells us Simon had to call over to his business partners for help just to bring all the fish in. After that, Simon threw himself down to the feet of Jesus and demanded Jesus leave him, to which Jesus responded by inviting them to come follow Him.

Just as Simon’s initial response when Jesus asked him to go fishing again was interesting, I think Simon’s response to the large catch of fish was equally interesting. Not only did Simon realize the greatness of Jesus in comparison to his own insignificance, Simon publicly declared Jesus as Lord.

I can’t help but think this was a pivotal moment for him. Simon, who didn’t want to go back out fishing in the first place; Simon, who probably thought he knew more about fishing than some teacher who didn’t even have any students yet; Simon, who was probably extremely uncomfortable rowing back out to deeper water to let down his nets because some public figure told him to; Simon's life was forever changed.

Are you desperate for more? You may have heard about Jesus, but have you let Him into your boat? Maybe you have let Him into your boat, but let me ask, when’s the last time you let Him direct you where to go and fish? Are you comfortable and content just going through the motions, or do you feel like there’s more than what you’re experiencing? I would argue that until you allow yourself to go into deeper waters, and until you allow yourself to be uncomfortable, you’re just fishing all night long but catching nothing.

Jesus calls us to deeper waters and uncomfortable moments, so that we have no choice but to trust in Him. The best part is, notice how Jesus didn’t just tell Simon where to go and then get out of the boat. Jesus went with Simon. Jesus is asking you to go deeper with Him. Will you try fishing in deeper waters?