Men of the Bible: David 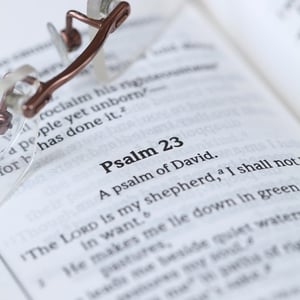 We are concluding our Men of the Bible series by discussing King David. Did you know David is mentioned more times in the Bible than any other Bible character? It’s true. When someone asks you about David in the Bible, what first comes to mind? Is it his battle with giant Goliath? Is it his adultery with Bathsheba? Generally, these are the two stories people associate with David.

However, Warren W. Wiersbe explains, “There is so much more to the personality and ministry of Israel’s greatest king than a remarkable adolescent victory and a costly midlife failure.” David lived a life full of adventure, and his life honored God.

After spending time learning more about David, it’s easy to see why David is considered one of the great heroes of faith and why he takes his place in the Messiah’s genealogy.

For this blog series, we are referencing Dr. Warren W. Wiersbe’s book Life Sentences often. Life Sentences:  Discover the Key Themes of 63 Bible Characters highlights a key sentence that sums up the life of 63 Bible characters, including David. We highly encourage you to pick up a copy of this book for your own reading. It works well for devotional reading or study.

The key sentence Wiersbe chose for David comes from Psalm 78:72.

“David shepherded them with integrity of heart;
with skillful hands he led them.”

David Was a Man After God’s Own Heart

David was wholeheartedly devoted to the Lord. This is made clear early in David’s life when God identifies David as the future king. God tells Samuel, “The Lord does not look at the things people look at. People look at the outward appearance, but the Lord looks at the heart” (1 Samuel 16:7). At this point, David did not look like a king, but God saw his heart, and that is why God chose him for this lofty position.

Much later, in the Book of Acts, Paul describes David to those in the synagogue this way:

“After removing Saul, he made David their king. God testified concerning him: ‘I have found David, son of Jesse, a man after my own heart; he will do everything I want him to do’.” – Acts 13:22

David was passionate about his love for God and God’s love for us, which is made evident in the numerous psalms attributed to David. Moreover, his devotion to the Lord is clear through the way he lived. Wiersbe explains, “David’s heart was wholly devoted to the Lord, and therefore he had strength and stability and God used him mightily.”

David Understood His Need for a Shepherd

While David himself was a shepherd, he understood his need for a shepherd. As Wiersbe writes, “Though he was God’s chosen shepherd-king, David never forgot that he was still one of the Lord’s sheep.”

David was humble even though he was a king. David humbled himself before the King of Kings. Whenever he was lost, he counted on his shepherd to protect him and help him find his way back home.

Part of understanding his need for God to shepherd him made it easier for him to shepherd his own flock both literally and metaphorically. David was a true shepherd. At one point, David even saved his flock from a bear and a lion (1 Samuel 17:34-36)! David understood his job was to protect his flock and to lead them. Similarly, David was a wise military leader leading his troops in many battles against Israel’s enemies.

David Used His Skills and Talents to Glorify the Lord

“One of the servants answered, “I have seen a son of Jesse of Bethlehem who knows how to play the lyre. He is a brave man and a warrior. He speaks well and is a fine-looking man. And the Lord is with him.” – 1 Samuel 16:7

David has an impressive résumé: giant slayer, shepherd, musician, poet, warrior, and king. However, what makes David someone we should model our faith after is not simply what his talents were, but how he used them. David used all the skills and talents God gave him to glorify the Lord. He made it known how he trusted God in every battle he faced. He is credited with writing 73 of the 150 psalms in the Bible. His songs of praise are still sung today.

David Did Not Hold a Grudge

King Saul hated David and gave David every reason to hold a grudge against him. But, David did not. Even after Saul tried to kill David, David refused to retaliate. Additionally, when David learned Saul died, David mourned his death. Even though Saul treated him with hostility and hatred, David acted with integrity and loyalty towards his earthly king.

David Saw the Need for Self-Examination

David stands out as a Biblical hero not only because of the battles he won, but also because he did heavy battle internally. David saw the need for self-examination. In Psalm 26:2, David says, “Test me, Lord, and try me, examine my heart and my mind.” David understood, in order to be devoted to God, his heart needed to be checked, rechecked, and checked again. David strived to have a clean heart, which is why he was quick to repent.

David Was Quick to Repent

David was human; therefore, we know David was a sinner. In the aftermath of his sin with Bathsheba, he made a series of poor decisions, and he suffered the consequences. Once David is confronted with his sin by the prophet Nathan, David immediately admits his sin against the Lord (2 Samuel 12:13). Then, we read his prayer of confession and repentance in Psalm 51 where David pleads for God’s mercy.

David accepted the Lord’s forgiveness and went on to leave a legacy. Wiersbe writes, “David was restored, and his last years were spent, not grieving over the past, but investing in the future.” David left behind instructions for building the temple, songs, and poems we still recite today, and his family eventually included Jesus, our Messiah!