Top 10 Questions People Ask About the Christian Faith: How Can the Bible Be Trusted? 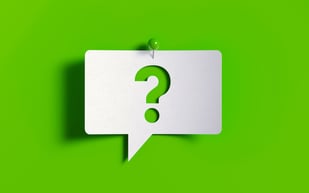 Top 10 Questions People Ask About the Christian Faith:
How Can the Bible Be Trusted?

According to Guinness World Records, the Bible is the world's best-selling and most widely distributed book, having sold more than 5 billion copies.

The Bible has also earned a spot on the American Library Association’s most challenged books list. In other countries, the Bible is forbidden.

And yet, many people still question whether or not the Bible can be trusted. We’re not here to judge. We understand how hard is to trust something that seems so miraculous.

However, we hope we can alleviate some of your doubts with the evidence shared in this blog.

The first piece of solid evidence for Biblical accuracy is its own historical nature. Archeology points to the validity of the Bible.

For example, the text of the Bible accurately details real places, such as Israel, Egypt, and Babylon, as well as real people, such as Herod.

Additionally, archeological findings prove what we read in the Bible is based on real events and people, including evidence of the fall of Sodom and Gomorrah, the Hittites, and a great flood.

The site of Solomon’s temple has been excavated by archeologists and proved many aspects of Biblical accuracy.

Furthermore, Focus on the Family claims, “The Archaeological Study Bible presents many notes and articles documenting how archeology has again and again proven that the Bible does correspond to historical reality.”

If that is not enough, the Bible has even been used by archaeologists to find historical sites and cities only mentioned in the Biblical text.

Historical evidence from other written sources also documents the reliability and trustworthiness of the Bible.

Core Christianity writes, “The New Testament has been preserved more than any other ancient work. There are over 5,800 Greek manuscripts. The runner-up for ancient texts is Homer’s Iliad, with less than 2,000 copies.”

With the sheer number of manuscripts, why question whether it is real or not? Many who question the Bible don’t question The Iliad.

Without going into a detailed account of how the Bible as we know it came to be, it is important to know that the Bible was written over 1,600 years. It is composed of 66 books written by forty different authors.

However, the Bible tells one story. It tells the story of how the Creator loved His creation enough to redeem it.

Plus, the Old Testament is filled with prophecies that foretold the coming of Jesus Christ.

All were written at least 500 years before he was born in a manger.

There are 190 prophecies about Jesus Christ fulfilled in the New Testament.

As Focus on the Family explains, “Although the Bible was written over many centuries by different writers, the messages it contains are coherent and consistent. The Bible presents a coherent theology and worldview and presents this material consistently.”

The Gospels point to four different authors, but they all recall the same Jesus and speak of the same death and resurrection.

Moreover, the New Testament was written using eyewitness accounts – some of which were written within a decade of Jesus.

Plus, the letters of Paul detail the radical development of the church following Christ’s death and resurrection.

The Followers of Jesus

Not only is the Bible comprised of eyewitness accounts of the crucifixion and resurrection, but we know from history that 11 of the 12 disciples were martyred for their faith.

If you continue to doubt whether the Bible can be trusted, we encourage you to continue seeking the answer.

The New Evidence that Demands a Verdict by Josh McDowell

The Case for Christ by Lee Strobel

Irresistible: Reclaiming the New that Jesus Unleashed for the World by Andy Stanley

Can We Trust the Gospels? by Peter J. Williams

“But as for you, continue in what you have learned and have become convinced of, because you know those from whom you learned it, and how from infancy you have known the Holy Scriptures, which are able to make you wise for salvation through faith in Christ Jesus. All Scripture is God-breathed and is useful for teaching, rebuking, correcting and training in righteousness, so that the servant of God may be thoroughly equipped for every good work.”   – 1 Timothy 3:14-17