The Apostle's Creed- The Hope of the Believer 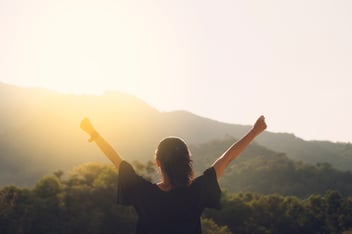 The Apostle’s Creed –The Hope of the Believer

We’re wrapping up our blog series on The Apostle’s Creed by focusing on the final three lines of the creed. These final three articles express the hope of the believer.

was crucified, dead, and buried;

On the third day He rose again from the dead;

He ascended into heaven,

and sits at the right hand of God the Father;

from which he will come to judge the living and the dead.

We believe in the Holy Spirit;

the communion of saints;

the forgiveness of sins;

the resurrection of the body;

and the life everlasting.

Today, we’ll focus on how and why Christians believe in the forgiveness of sins; the resurrection of the body; and the life everlasting.

The Forgiveness of Sins

“He himself bore our sins in his body on the cross, so that we might die to sins and live for righteousness; “by his wounds you have been healed.” – 1 Peter 2:24

One of the key things Christians believe is that their sins have been forgiven.

It’s more than simply thinking there is a God in Heaven who is kind and will forgive us for our sins – it is believing that we are forgiven only through the death of Jesus on the cross for us. This is how he showed his great love to us, that He died in our place, not when we were good people or even interested in forgiveness – He died for us while we were still sinners.

Enduring Word explains, “The guilt and punishment we deserve was put upon Jesus in a real, powerful spiritual transaction, glorious and horrific all at the same time. Jesus stood in our place, and God the Father treated Him as if He were a guilty sinner. He took the punishment we deserved, and we are invited to believe, receive, and trust in what He did for us instead of what we can do for ourselves.”

This is a fundamental part of our hope, because if our sins are not forgiven, then we cannot live in union and communion with a perfect, holy God. God desires communion with us. Furthermore, without intimacy with God as our Creator and Father, we are left with a void in this life. Even worse, there is no eternal life without His grace and mercy covering our sins.

The Resurrection of the Body

Some people believe when you die, that’s it. There is no soul or spirit that remains. Your body returns to the earth and there it remains. Some religions believe in reincarnation, where you come back to reborn in a different physical form.

However, Christians believe in the resurrection of the body.

Christians believe that after we die, there will be a day when Jesus returns, and these bodies will be resurrected.

The Gospel Coalition explains, “Belief in the General Resurrection is far bigger than an expectation of more of the same after we die. It is the fullness of the glorious Christian hope. While Jesus’ death on the cross secures our forgiveness and reconciliation with the Father, the resurrection is what we are reconciled for: a life with Jesus; being like Jesus; glorifying the Father as participants of his eternal New Creation.”

For God so loved the world that he gave his one and only Son, that whoever believes in him shall not perish but have eternal life. – John 3:16

The final line of The Apostle’s Creed states Christian’s belief in “the life everlasting.”

This is a quick and fast way to say Christians believe in life after death. Life doesn’t end when our hearts stop beating. Not only will we have a resurrected body, but in this resurrected body, we will enjoy life everlasting.

Earlier in The Apostle’s Creed, it was stated that Christians believe Jesus will judge the living and the dead. When the resurrection occurs, the righteous will enter the kingdom of heaven while those who did not receive Jesus’ mercy and abundant life will spend eternity separated from the Creator in hell.

For the wages of sin is death, but the free gift of God is eternal life in Christ Jesus our Lord. – Romans 6:23

God has promised that those who put their faith in Him will experience eternal life. That eternal life begins the moment we acknowledge Jesus Christ as our Lord and Savior. While we may experience death on earth, we will be reunited with our Savior and see him face to face.