The Apostle's Creed- The Holy Spirit and the Church 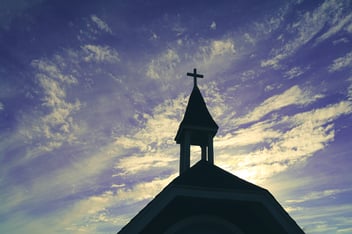 The Apostle’s Creed –The Holy Spirit and the Church

We’re continuing our blog series on The Apostle’s Creed. Last week, the creed detailed the specific beliefs that Christians hold about Jesus’ life, death, and resurrection. Today, we are moving to the next section, which states what Christians believe about the Holy Spirit and the Christian church.

We believe in the Holy Spirit;
the holy catholic church;
the communion of saints…

These three short lines of The Apostle’s Creed hold great significance. With these simple statements, Christians are affirming their beliefs in The Holy Trinity and the church throughout the ages.

For Christians, belief extends beyond belief in the Creator of the Universe to the Spirit that lives within us once we have trusted Jesus Christ as our Savior.

These lines also extend the belief in the universality of all believers. Those who believe the faith statements in The Apostle’s Creed are part of “the holy catholic church” and “the communion of the saints.”

Unfortunately, some people read these lines of The Apostle’s Creed and don’t feel like they apply to them because of the words catholic and saints. This is a misunderstand that is easy to explain. Read on to see why.

We Believe in the Holy Spirit

In an earlier section of the creed, Christians affirm belief “in Jesus Christ, His only Son, our Lord: Who was conceived by the Holy Spirit, born of the virgin Mary.” While this previous statement was attesting belief in the divine birth of Jesus Christ, this new statement affirms belief in The Holy Spirit as the third member of the Holy Trinity.

Christians believe The Holy Spirit is a real person who moves, speaks, grieves, and is active in their daily lives.

Now this he said about the Spirit, whom those who believed in him were to receive, for as yet the Spirit had not been given, because Jesus was not yet glorified.

As Neil Chambers writes for The Gospel Coalition, “‘I believe in the Holy Spirit,’ is a somewhat understated affirmation of something so central to the Christian life. It is a bit like saying ‘I believe in breathing.’ Just as we would have no physical life without air, we can have no life as God’s people without the Spirit.”

We Believe in the Holy Catholic Church

The word “catholic” in this line of The Apostle’s Creed can seem confusing, especially for those who are not Catholic.

However, this statement isn’t specifically affirming belief in the Catholic church. For early Christians, the word “catholic” did not refer to the Roman Catholic church – it meant “universal.”

Therefore, when we say “We believe in the holy catholic church” in The Apostle’s Creed, we are stating that we believe in the universal church. Christians believe the church is everywhere and for all people who trust in the God of scripture. All those who profess faith in Jesus Christ as Savior are members of what we refer to as the big “C” church.

While you may have a local church you attend, if you are a Christian, you are a member of the universal church.

Enduring Word explains, “I’m saying that there is really only one spiritual and invisible church that all who are genuinely born of God belong to. It says that I go to church with Peter and Paul and Polycarp and Francis of Assisi and Hus and Wycliffe and Luther and Calvin and Whitefield and Wesley and Edwards and Spurgeon and Schaeffer and Graham.”

We Believe in the Communion of Saints

The last line of this section of The Apostle’s Creed also draws some confusion due to the word saints. Like the word catholic, today’s understanding of the word saints is different from what is used here.

We tend to think of saints as the super Christians who have gone before us. This isn’t the case here.

The word communion here is used to mean the sharing in or fellowship of. We believe in sharing life with other Christians.

Ultimately, Christian life is lived in community. Believers form familial bonds, which is why they sometimes refer to one another as “Brother in Christ” or “Sister in Christ.”

This statement in The Apostle’s Creed shows that Christians believe they share community with other Christians – even those who live elsewhere and attend other churches.

For through him we both have access to the Father by one Spirit. Consequently, you are no longer foreigners and strangers, but fellow citizens with God’s people and also members of his household, built on the foundation of the apostles and prophets, with Christ Jesus himself as the chief cornerstone. In him the whole building is joined together and rises to become a holy temple in the Lord. And in him you too are being built together to become a dwelling in which God lives by his Spirit.                                – Ephesians 2:18-22