Top 10 Questions People Ask About the Christian Faith: Don't All Religions Lead to the Same God? 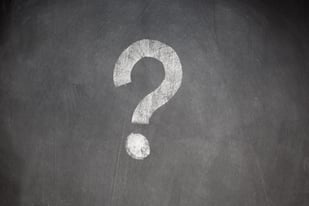 Top 10 Questions People Ask About the Christian Faith:
Don't All Religions Lead to the Same God?

An unfortunate and common idea is that all religions lead to the same god. Not only is this untrue, but it is also dangerous.

As religious pluralism gains increased popularity, you will likely be asked this question (or even ask the question yourself), so we are taking time today to discuss why this idea is false.

Simon Turpin writes, “The idea that we all worship the same God just in different ways is a fairly easy thing to say if you don’t know what different religions believe.”

Based on the validity of this argument, we shall begin by explaining which god(s) various religions worship.

As you will see, each religion worships a different god; therefore, all religions cannot possibly lead to the same god.

The God of New Age

The New Age movement appears to gain increased traction and momentum with each passing generation.

Originating from many different religious practices, New Age ultimately believes god is a higher consciousness found within oneself.

As Crosswalk explains, “Impossible to narrow down, the New Age is actually a vast smorgasbord of beliefs and practices. Each New Ager fills his tray with whatever assortment fits his appetite. All is liberally seasoned with self-centeredness. It's really a Have-It-Your-Way religion – thus its modern appeal.”

Ultimately, without identifying one god and each individual being god, it is impossible for followers to believe in the same god as any other religion.

The God of Buddhism

Generally, most Buddhists do not believe in any god. They do not worship god as a religion. Instead, they follow the teachings of Buddha but do not see Buddha as a god.

History explains, “Followers of Buddhism don’t acknowledge a supreme god or deity. They instead focus on achieving enlightenment—a state of inner peace and wisdom […] The religion’s founder, Buddha, is considered an extraordinary man, but not a god. The word Buddha means ‘enlightened.’”

Again, since Buddhists do not believe in god, neither can their religion point to the same god as other faiths.

The Gods of Hinduism

In Hinduism, there are over 33 million gods and goddesses. However, oneness is found in the Brahman.

According to History, “Most forms of Hinduism are henotheistic, which means they worship a single deity, known as ‘Brahman,’ but still recognize other gods and goddesses. Followers believe there are multiple paths to reaching their god.”

As you see here, Hindus believe there are multiple ways to reach their god.

But, with multiple gods and goddesses to worship, even their own followers do not worship the same god.

The God of Islam

In contrast, Muslims (those who practice Islam) believe in one God called Allah.

They follow the commands of the Quran, which they believe was received by the prophet Muhammad.

What may be confusing to some is how Muslims also recognize the Old Testament prophets and Jesus as true prophets.

Here’s what distinguishes Islam from other religions according to Global Ministries: “Muslims do not regard Muhammad as divine with God, but as the last in a line of prophets. In fact, the most fundamental Muslim belief is that there is no other god besides God and no division within the divine Godhead.”

The God of Christianity

A central problem Muslims have with Christianity is the Trinity. It’s the widely held Christian belief of one God in three persons, God the Father, God the Son, and God the Holy Spirit.

Since Christians believe Jesus is Lord and not merely a prophet, this separates it from Islam.

But the fact, Christians believe Jesus is the Way, the Truth, and the Life (John 14:6), and this belief separates them from all other religions.

In other words, Jesus told his followers there is no other god and no other path to eternal life but Him.

All other religions offer things you can try to reconcile and deal with your sin and shortcomings. But Jesus offered Himself.

Instead of giving us a list of things to do or try, Jesus said, “I am the way!” And, He gave His life as the guilt offering for all your sin.

Moreover, Christianity is based on the idea that salvation is found in Christ alone.

Christ’s death and resurrection proved his oneness with the Father, as well as granting sinners’ forgiveness.

No other religion provides salvation or forgiveness freely.

Therefore, Christians cannot believe all religions point to the same god. To do so negates the definitive and absolute claims Christ made regarding the solution for sin and redemption of our souls.

No other religion on Earth made such claims.

“And there is salvation in no one else, for there is no other name under heaven given among men by which we must be saved.”   - Acts 4:12

The Bible tells readers repeatedly there is only one true God.