Sometimes we look at the Bible from a purely spiritual perspective and forget that it’s full of tremendously valuable advice for everyday life. As Christians, our interest in the Word of God shouldn’t end as we walk out of church – it should just be getting started!

Here are five Biblical role models that can inspire you to develop and grow a meaningful career.

1. Do Your Best on Every Project Assigned to You
It’s not always easy to give our job a full 100%. Especially if we feel like what we’re doing is boring, pointless, or failing to maximize our full potential. However, the reality is, when you do your best on the mediocre projects, you earn credibility to be given more responsibility while simultaneously setting a good Christian example.

The next time you find yourself struggling to remain motivated at work, read the story of Joseph, starting in Genesis 37. Through a commitment to do his best wherever he found himself, Joseph went from being a slave, to prison, to residing in the king’s palace.

If that’s not motivation to give your current job it’s best, I’m not sure what is! 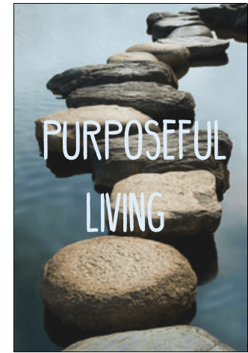 2. Be Known for Your Moral Standards
There are many aspects of business where it can be tempting to be dishonest. Sometimes, it’s even an encouraged and accepted part of the profession. Should you bill for an extra hour if you didn’t work it? Do you take 30 minutes longer on your lunch break when the boss is out of the office? Is it acceptable to expense something that wasn’t necessary?

While this is common in the secular world, as Christians we understand that it’s our responsibility to be faithful, honest, and loving towards everyone we interact with. Any form of stealing or dishonesty – even if it doesn’t seem to hurt anyone, should still be eliminated from life.

An excellent example of someone who maintained a high moral ground – all the way to the lion’s den, is Daniel. Take a look at the story of Daniel to discover what it means to live a life full of integrity – both in your work and in your faithfulness to God.

3. Lead Your Team from the Trenches
When you’re the person in authority, it’s all too easy to demand the world from your team, without being willing to support them along the way. Sometimes this is done deliberately, other times it’s just because we’re busy and unaware of how we’re coming across.

The most successful leaders are those who encourage, motivate, and support their team – often leading from the front lines. If the team has to stay late, they stay late. If a team member is struggling with a personal issue, they listen. This type of behavior develops unshakeable trust and support from those who report to you.

A brief read through 1 Chronicles 11 shows the bios of David’s Mighty Men. These were some of the most powerful warriors in the region – and they were all faithful to David because he motivated them, lead them, and was willing to support them.

Whether your war is against the Philistines or accounts payable, become the type of leader that men and women would follow into war.

4. Take the Initiative on New Projects
The next time you have lunch with work associates, listen to the conversations revolving around work. How many people are saying things like “the company should do this,” or “why aren’t they doing that?”.
It’s amazing how many people assume that it’s someone else’s responsibility to make needed improvements around the company. Honestly, most of the leadership would probably love to have those changes made – but they don’t have the time to do it!

Take a lesson from the story of Nehemiah, who went from cupbearer (tasting and holding the king’s drink) to governor and chief architect of Jerusalem – simply by asking! The rest of the Israelites were frustrated that their city had been in ruins, but simply complained. Nehemiah volunteered to do something about it and became a ruler.

The next time an issue comes up, ask yourself if it’s something that you could solve. If so, develop a proposal and share it with the company’s decision makers.

5. Know When It’s Time to Leave
Sometimes a job isn’t healthy for us – physically, emotionally, and spiritually. When this is the case, it is possible you may simply need to leave.

Peter, James, and John were all fishermen. However, when Jesus came and called them to a greater purpose, they were willing to leave their previous profession to do something new – something more impactful.

Anytime you think about making a career transition, ask yourself: Which decision will benefit my relationship with Christ and ability to serve him the most? That’s generally the best option to choose.

As Jeremiah 29:11 says, “‘For I know the plans I have for you,” declares the Lord, “plans to prosper you and not to harm you, plans to give you hope and a future.” God cares about your career success – just as much as you do, even more. By studying how to pursue your career the way Christ wants you to, you’ll not only succeed but discover your ultimate purpose in life.