9 Ways We "Poo" Our Sin Before We Ever Commit It 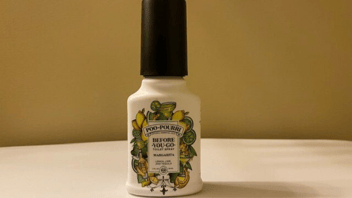 9 Ways We "Poo" Our Sin Before We Ever Commit It

I realize this opening picture may be a bit gross, but I trust it sets up my point. Maybe you’ve heard of sprays like “Poo-Pourri before You Go Toilet Spray” that are designed to eliminate “bathroom odor before it begins” (see, I warned you it might be a bit gross. . .). What I’m really thinking about today, though, is how often we do essentially the same thing with our sin: we make it smell better in our own minds before we ever commit it. Here are some ways we do that:

What’s the point of this post? It’s not just that we “poo” our sin, but that we’ve already stepped in the wrong direction as soon as we start minimizing our potentially wrong choices. May God help us to see our sin for what it is.